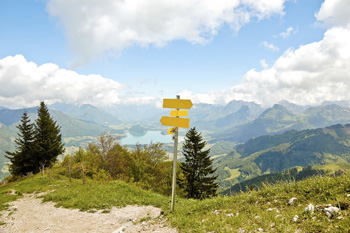 What is legal malpractice?

Legal malpractice is the term used to describe wrongful or negligent acts by an attorney that cause harm to his client. It is also known as the failure of an attorney to provide legal services that meet the required standard of care, skill, and diligence the attorney owes the client, which results in damages to the client. In Georgia, to support a claim for legal malpractice, a client must show that (1) he or she employed the attorney; (2) the attorney failed to exercise ordinary care, skill, and diligence; and (3) such negligence proximately caused the client damages. The client must prove each of the three elements above to recover from the attorney on a legal malpractice claim.

How do I know if my attorney committed legal malpractice?

How is an attorney/client relationship created?

Must I prove that I have an attorney/client relationship with an attorney to recover for the attorney’s erroneous legal advice or negligent performance of legal services?

Most likely, yes. The first element of a legal malpractice claim requires the plaintiff to prove that he or she had an attorney/client relationship with the defendant attorney. However, Georgia courts allow non-clients to sue attorneys under certain limited circumstances. For example, a non-client may be able to assert a claim if an attorney owed a duty to the non-client under a voluntary or gratuitous agency. Even where no express attorney/client relationship exists, an attorney may be liable for negligence under the theory of voluntary agent when the attorney gratuitously undertakes to perform a legal service or give legal advice to another with the other’s approval. Another example is a claim for negligent misrepresentation against an attorney, which arises when an attorney negligently supplies false information to foreseeable persons, known or unknown; such persons reasonably rely upon that false information; and economic injury proximately results from such reliance. Under certain circumstances, non-clients may also assert other claims against attorneys. Since Georgia case law places many restrictions and requirements on claims against attorneys, it is best to consult with an experienced legal malpractice attorney regarding potential claims against another attorney.

What is the standard of care?

What is the difference between a bad tactical decision and legal malpractice?

A bad tactical decision is one that does not work well for the client, but is implemented in good faith for the benefit of the client and is a reasonable decision at the time it is made. An attorney’s decisions should not be judged in hindsight. Georgia courts have also adopted the doctrine of judgmental immunity, which means that an attorney is given a great deal of discretion in the tactical decisions made during the course of litigation. Legal malpractice occurs when an attorney breaches the standard of care, meaning that a reasonably prudent attorney acting under the same circumstances and with the level of care, skill, and diligence necessary to provide the same legal services would not make the same decision and would conclude that such a decision is unreasonable.

Does a violation of a legal ethics rule constitute a breach of the standard of care?

Not necessarily. A violation of the Georgia Rules of Professional Conduct, standing alone, cannot serve as the legal basis for a legal malpractice action. However, pertinent ethics rules are relevant to show the standard of care in a legal malpractice action, so long as the ethics rules at issue are intended to protect a person in the client’s position or are addressed to the particular harm suffered by the client.

How do I prove that my attorney’s negligence caused my damages?

What is the “case within a case?”

Will my prior attorney know if I consult with another attorney about a possible legal malpractice case?

Not likely. The legal malpractice attorney with whom you consult should not disclose the consultation to others outside of his or her law firm without your permission. All attorneys must keep discussions and information about a client or potential client confidential.

Should I file a complaint with the attorney’s state bar association or licensing authority?

What can I recover as damages in a legal malpractice case?

Are Georgia attorneys required to have malpractice insurance coverage?

No. Although making legal malpractice insurance a requirement for attorneys in Georgia has been considered, at this point, attorneys are under no obligation to obtain insurance.

Can I require my Georgia attorney to maintain malpractice insurance coverage?

If you believe your attorney acted improperly, contact the Atlanta legal malpractice lawyers at Schklar & Heim, LLC at (404) 888-0100. We will evaluate whether you have a potential claim and take appropriate action if retained. All information is kept strictly confidential. We represent clients across the state of Georgia, including Alpharetta, Valdosta, Suwanee, Douglasville, and Tucker.

It is well known throughout our organization that, when we need the very best litigators for a complex matter, call Schklar & Heim. They are meticulous. They are organized and very responsive. Their fees are... Read More