Invalidating a Will Because of Undue Influence 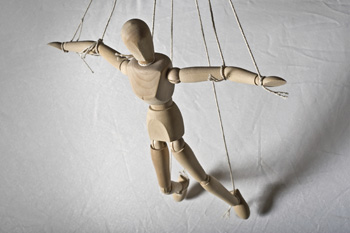 Unfortunately, the relationship between family members and a loved one who is nearing death is sometimes damaged by the influence of another person. Once a loved one has died, it may be discovered that his or her last will and testament greatly benefits the person who exerted influence and control over the deceased prior to death. Can such a will be invalidated?

Challenging a Will for Undue Influence

Caveats on the ground that the will was obtained by undue influence can be supported by evidence that the person who influenced the testator:

The challenge can also be supported by evidence that the testator suffered from mental illness, took mind altering drugs, or was otherwise weak of mind, because the influence necessary to dominate a weak mind is less than that necessary to dominate a strong one. Another consideration is whether the testator was unnaturally dependent upon the primary beneficiary of the will. For example, a testator who fears that his or her medication will be withheld, or that he or she will be sent to a nursing home, may be more easily influenced by coercion.

Fighting a Claim of Undue Influence

Challenges on the ground that a will was obtained by undue influence are decided based on the unique facts of each case. Therefore, it is important to consult with an experienced estate litigation attorney to determine the merits of a caveat. If you suspect that the will of a family member or friend was obtained by undue influence, or if you are a beneficiary facing a challenge to your rights under a will, contact the probate lawyers of Schklar & Heim, LLC at (404) 888-0100.

For a number of years, we thought that the only way to receive top-tier legal representation was to hire a large firm. Having worked with Edwin Schklar and Maggie Heim, we now know that we... Read More