Safeguard Your Business from Fraud During Contract Negotiations 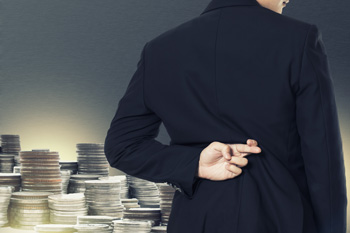 Fraud is prevalent in the business world. In order to be successful, every business owner and business executive must understand this unfortunate truth. Although a business can be defrauded in many different ways, this article will focus on a few effective ways to protect your business from false representations made during the course of contract negotiations.

Every business needs a strategy to safeguard itself, as well as possible, from fraud. It is common for one or more parties in business negotiations to make false representations or exaggerated claims to attempt to induce other parties to enter into a contract. People tend to say things that they would never put in writing. Due diligence before the contract is signed goes a long way toward preventing future litigation, or, at least, to place your business in the best possible position in the event that litigation is necessary.

The merger clause typically appears toward the end of a contract amidst several paragraphs of legal jargon. These last paragraphs in the contract may appear innocuous, but many cases are won or lost because of such seemingly harmless provisions. A merger clause typically contains language that is similar to the following: “This Agreement constitutes the entire agreement and contains all promises and representations between or among any and all parties to this Agreement relative to the subject matter hereof.” The merger clause may also go on to state, “All oral representations and promises have been included herein.” Not all merger clauses are so thoroughly drafted.

If reasonable under the circumstances, your business should verify the truth of the representations made by the other side during contract negotiations. Consider asking for documents from the other party to the negotiations or from a third person that prove the truth of the representation. Research public records, such as real property records, to confirm the facts. You may even wish to hire an expert, such as a business valuator, accountant, or real property appraiser, to confirm the accuracy of the statements made. You may also interview people who have knowledge of the facts.

Thorough research before execution of the contract can save your business a lot of time and money in the future.

In most circumstances, the best way to protect your business from fraud is to clearly include in the contract all promises and representations for which each party is to be responsible, to verify the truth of the representations made, and to thoroughly research the party with whom you want to do business.

Despite your best efforts to foresee and prevent all potential problems before the contract is signed, disputes will occasionally arise. It is important to retain an experienced business litigation attorney to advise your business on how to handle the situation. Some problems can be resolved without the need for filing a lawsuit. Other problems cannot be resolved without filing a lawsuit, but a good attorney can advise your business on the best way to minimize damages, properly terminate the business relationship without breaching a contract, and prepare for litigation. If your business has a dispute, contact the experienced business litigators of Schklar & Heim, LLC at (404) 888-0100 or email us.

For a number of years, we thought that the only way to receive top-tier legal representation was to hire a large firm. Having worked with Edwin Schklar and Maggie Heim, we now know that we... Read More