Statutes of Limitations Do Not Wait Until it is Too Late to File Your Case. 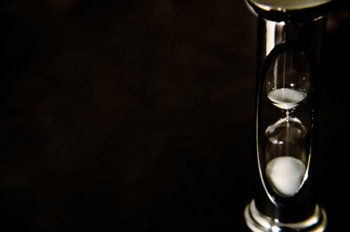 A statute of limitations is a legally imposed deadline for a person to file a lawsuit against another person. The term “person” here includes a human being, business, estate, trust, or other legal entity. Once the statute of limitations has expired, a person is barred from filing a lawsuit, even if the claims are otherwise meritorious and that person suffered significant damages.

Why Have a Statute of Limitations?

The general purpose of a statute of limitations is to create closure of a dispute within a set period. In that way, once the statute of limitations has expired on a particular claim, a would-be defendant can rest assured that he will not be sued. It also forces persons to litigate their disputes while witnesses are still alive and available, memories are still relatively fresh, and documents still exist.

The law on statutes of limitations can be rather confusing. For that reason, it is best to consult with an attorney as soon as a dispute or potential dispute arises.

The Length of the Statute of Limitations for Each Claim is Different.

The Statute of Limitations Begins to Run on a Different Date for Each Claim.

The statute of limitations begins to run on a different date for each claim. For some claims, the statute of limitations begins to run on the date the wrongful action occurs. The application of the statute of limitations in these cases can be quite harsh. In some instances, a plaintiff or potential plaintiff discovers the wrongdoing many years after the fact. For example, in a situation where an attorney erroneously drafts a provision in a divorce settlement agreement that the client does not know was erroneously drafted until the provision becomes effective eight years later, it may be too late for the client to sue her attorney for legal malpractice.

For other claims, the statute of limitations begins to run on the date the plaintiff discovers or should have discovered the wrongdoing. Even in these cases, courts expect plaintiffs to be diligent in discovering the facts that give rise to their claims. A plaintiff simply cannot bury his head in the sand and ignore the warning signs of wrongdoing.

In cases of multiple wrongs, such as multiple breaches of contract during a period of time, the statute of limitations for each breach or wrong may begin to run on a different date.

To make matters even more complicated, in many of the types of disputes that we handle, plaintiffs can assert a variety of different claims, with each claim having a different statute of limitations.

Consult with an Attorney as Soon as Possible.

Delay in filing a lawsuit can limit or eliminate a person’s ability to obtain compensation for damages caused by another. As soon as a dispute or potential dispute becomes apparent, it is best to consult with an attorney regarding possible solutions to the dispute. At times, disputes can be resolved or avoided altogether without the need to file a lawsuit. However, a person who waits until the statute of limitations is about to expire to consult with an attorney no longer has that option and must file the lawsuit immediately. This delay can make resolution of the dispute much more expensive. Moreover, an attorney needs a reasonable amount of time to learn about the case before filing the lawsuit. Further, in a situation in which two or more persons have claims against one another, it may be advantageous to file the lawsuit first as the plaintiff, as opposed to waiting until the other side files. In short, contact an attorney to discuss all available options immediately.

Edwin is the best litigator I have ever met. He is tough as nails, effective, creative, and efficient. He can handle any large, complex litigation.